From Port Washington, we took a few full days of motoring as Kristoffer wanted to see Nantucket before flying home from Boston, and what we saw of Long Island Sound I do not think we missed much, except from being invited to some of the mansions that were all along the coast. 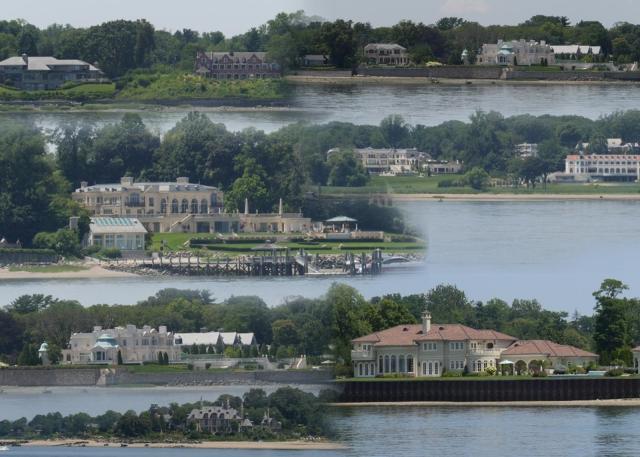 It must be an enormous wealth in The US, all along the rivers in the Chesapeake Bay we saw many larges villas, maybe not as the large one as on the collage above but large enough to get lost in. The strangest thing was that most of them were empty, many of them on very remote places, so it looked as a lot of waste having these empty houses. However it creates a lot of job for the one taking care of these very nice gardens, one can hear lawn mowers most of the day.

The Mansions in Newport make some of the houses on the pictures look as a small cabin, everything is relative.

Not much wind therefore we had to motor.

Nantucket is not any old whaling harbor, it is “The old Whaling harbor” not only due to that Herman Melville’s novel Moby Dick has Nantucket as starting port, but as settlers who arrive from England in the late 1600 first started with drift whaling which they learned from native Indians. They soon realized this could be made in a bigger scale. Ships were built and soon a blooming whaling industry grew up in Nantucket. As whales became scarce in the north Atlantic they have to seek whaling waters fare away, so soon they sailed all the way round Cape Horn all the way to the North Pacific. Such a voyage could easily last three years and sometimes even more than 5 years (they must have had very understanding wives. You sailors if your spouse complains when you like to cross an ocean or cruise the Pacific and be away for a while, just tell he/she should be happy you’re not going whaling). Big ships were built and equipped with boilers so that the whales could be “processed” to ready to use products. Many objects was brought to Nantucket by the sailors from the Pacific Islands and as fare as from Japan, they were real explores who dared to sail in those more or less uncharted waters. 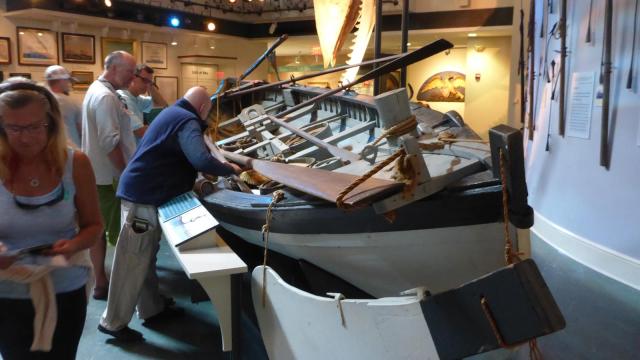 Small boats like this were used for the actual hunt of the whales, harpoons were not thrown in to the whale, but pushed into the whale, that close they had to get to the whale. Today we are very happy such hunt rarely exist, but it was different times then. When the whale was harpooned there was a long ride to get the whale tiered so the final kill could be done. 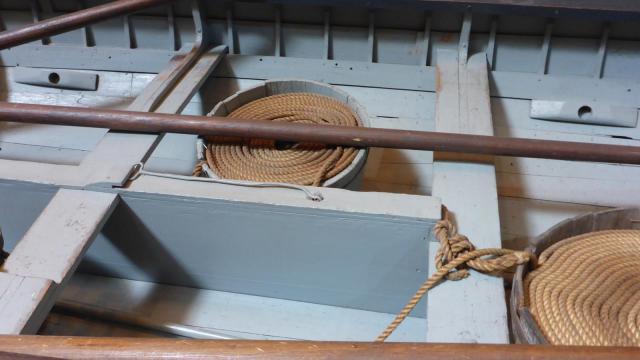 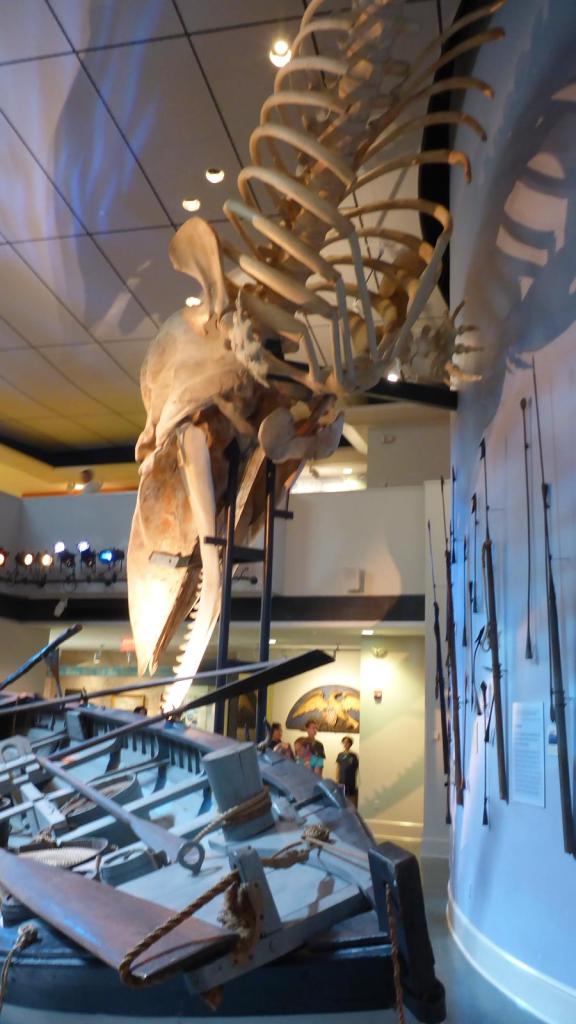 After the decline of the whaling industry, due to lack of whales and competing products Nantucket became more or less a ghost town, but can now proudly show probably the finest 18th and 19th century architectural in The USA. 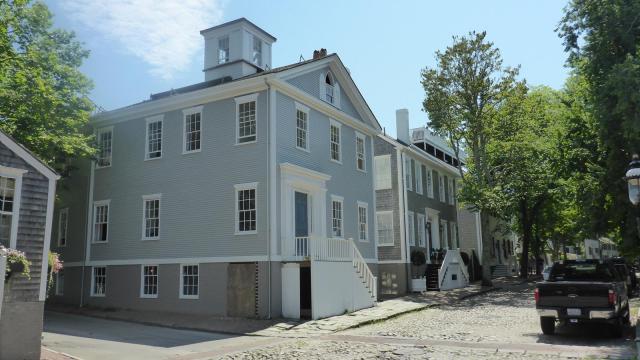 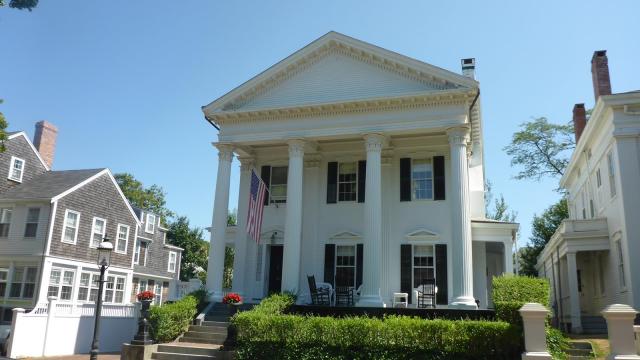 The houses have been restored and shows what wealth the whaling industry brought to the Island. 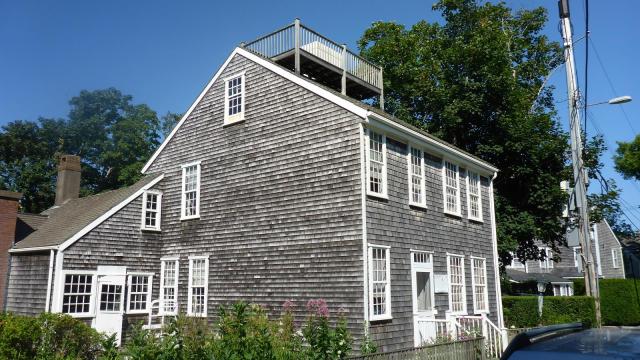 Many houses had this nice “porch” on the roof top, good place for a beer and a view…. 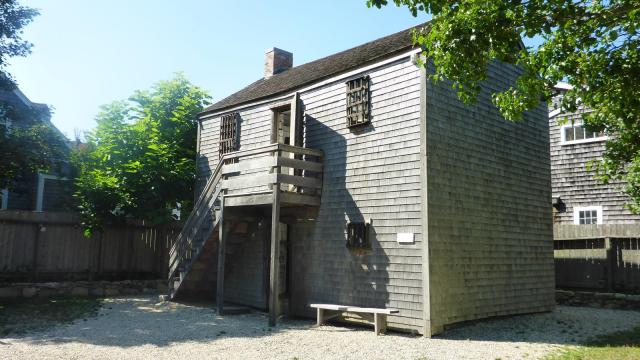 Less good view from the old Prison that was built after a Bank robbery.

Now Nantucket attracts a lot of turists, most of them with deep pockets, nothing is cheap in Nantucket. 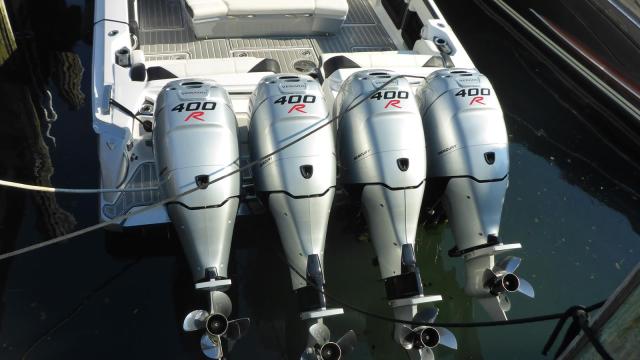 Fishing is still very popular, and some have more rusch than others to reach the best fishing places, or might it be an other reason for 1600 hp on

a rather small day cruiser?

If you do not like fishing, the water is not too cold for a swim and the beaches are not crowded at all as which the streets are of both people and cars, it looks as every turist brought there own car. 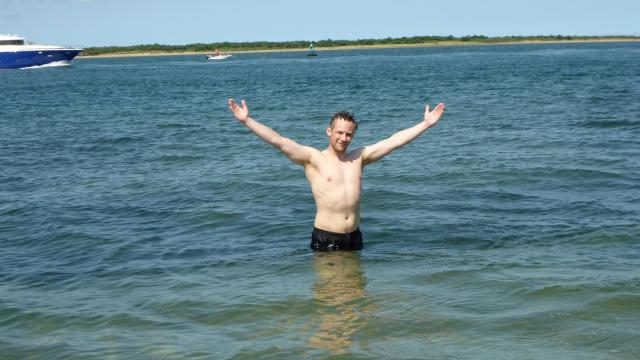 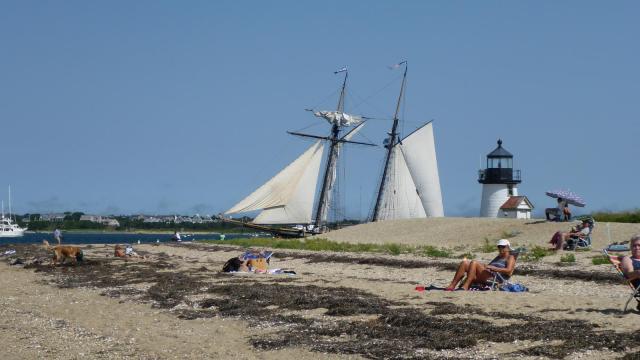 There are massive amounts of boats not only in Nantucket but everywhere, there are marinas all along the coast, and not small marinas, many of them are massive, but one does not see many boats on the water, most of them stays in the marina, or at best just a day tour.

A small boat on it’s day tour, please not the other very beautiful boats on the picture, I have written before how beautiful boats the Americans have, so below follow some new examples 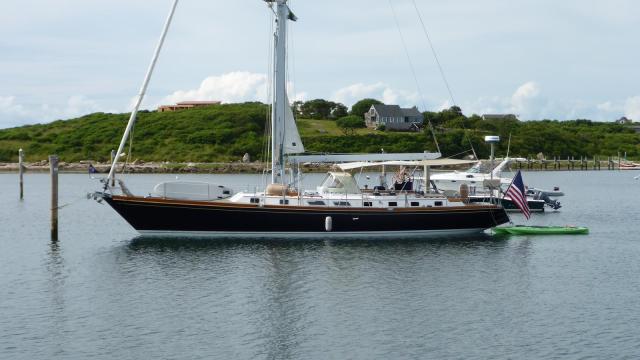 Blue looks as the favorite color on boats, looks good especially on this but not so practical

one see many traditional boats

We have few in Sweden as well, but here there are a lot of them.

One do not see many of these elswhere

But full dingy docks one see too often 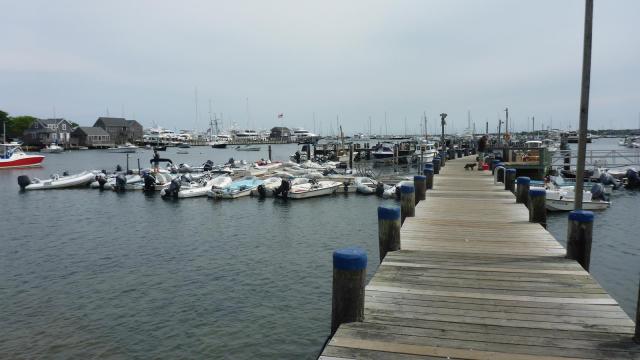 But here they have not yet learned to have a long mooring line to make it easier for the late-comers to tie up on a crowded jetty.

2 Responses to North towards Nantucket