Not much has happened since last time, we left you with a small ”Cliff Hanger” as we did not told you where we ended up. Well we anchored in Sassafras river were we stayed for two days before we proceeded to Annapolis to meet some B50 friends, which have been in Annapolis for a while. We were a little worried if we would be able to find an anchorage as we planned to stay for a while and did not want to pick up a buoy for 30 $ a night.

Well after some looking we  found an anchorage in Back Creek on a spot we never would have anchored in, if we were in Sweden or in the Mediterranean as one get very close to the marina jetties. But as long as you are more than 75 feet from a jetty it is OK.

Of course we party again when we meet our old B50 friends, this time it was a charity dinner with some famous musicians I never heard about (such as Jimmy Buffett, Scott Kirby, John Patti and others), many of them have had a few No 1 on the US lists.

Us at an early stage of the evening, later it was difficult to stand still when the music started to swing actually very nice evening and music.

You have all heard about the Hurricanes Jose and Maria, they are active for a long time and difficult to predict where they will end up next. Maria threatening to get close to Annapolis with gusts over 40 knots. We decided to move around a bit where we could get more room to swing and to have longer scoop on our anchor rod. One of the places we visited was St Michaels, a small upmarket village with a very nice museum about the life on the Chesapeake Bay in earlier days.

A lot of boats indeed

Most of them were of the type below 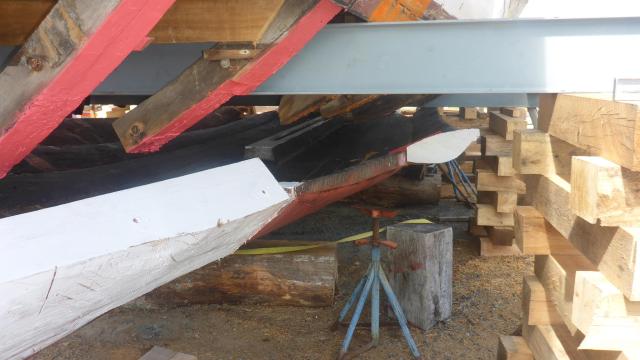 The boards are very crude 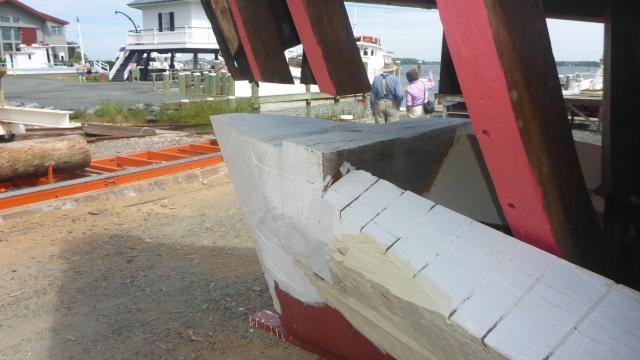 The bow is just a piece of solid wood, must be very heavy, but the reason for that was that there were no saw mills in the area so they just used logs and hand tools 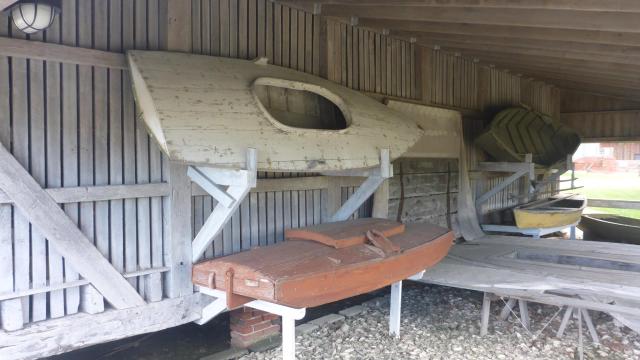 Even the smaller boats were very simple in construction

The vessels were primarily “fishing” or maybe harvesting is a better word for how they got the oysters.

They were put in tins, I can’t really imagine to open a tin with a gallon of, of the shell oysters, can you? Well in those days it was a delicacy 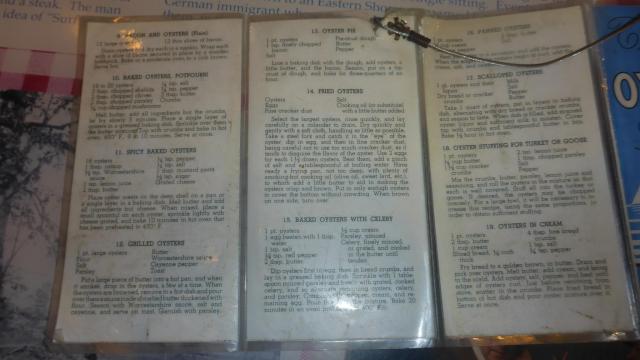 May be not easy to read but recipes for, how to cook oyster from the tin.

Catching oysters was a harsh life, a Dutch photographer Robert de Gast toke the B&W photos below as late as 1969-70. I hope I not violate any copy rights law by showing you the photos that I toke of his photos at the museum, I do think they are worth showing, and it maybe make you interested to visit the museum  in St Michael if you would be in the neighborhood.

At the end of the day probably

The kettle is on 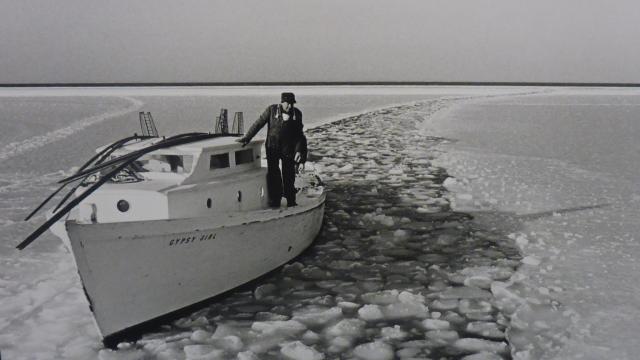 It could be cooled as well 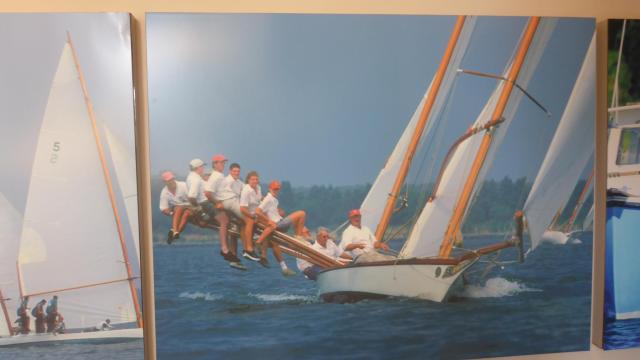 Others had time for more fun activities, and assume some of them got wet

They had a light house here as they had in The  Solomons Museum, but this looked more Spartan

Not too comfortable or… 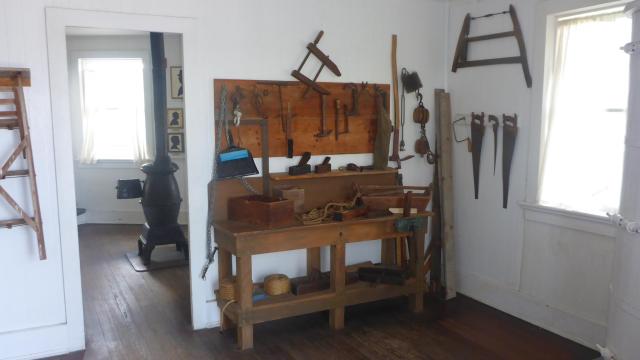 But probably not the tools that built this vessel

As mentioned Maria was not fare away and that we could see on the high water which was pushed up by the hurricane. 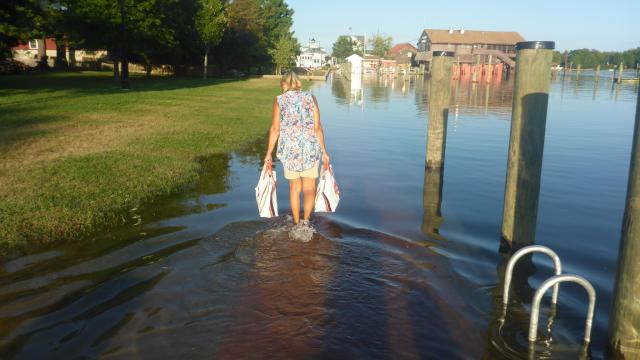 Surprised to see such low jetties and streets, it was not a very abnormal high water, so in case of a direct hit the whole area would be submerged, the same goes for Annapolis which is a very low lying city that easily got flooded

After St Michaels we went back to Annapolis for some work, we are going to haul out for the season, so Kerpa need to be prepared for a winter on the hard, and it is better to start early to prepare, we are anyhow only waiting for the Annapolis boat show to start (5 of October).

Empty and clean all storage compartments outside as well as on the inside, final treatment is with white vinegar to avoid mold.

A lot of moist ropes hanging to dry

In the mean time I polish all the stainless steel on Kerpa, rather shiny!

Can recommend these two products, probably both based on phosphorus acid and oxalic acid, using them and the shine last longer is supposed to passivate the steel, and it works

Another tough job was to remove the fridge, it needs to be removed so that we can inspect the keel bolts in the water tank who has one of its inspection hatches below the fridge.

My first thought was to try to lift out the GRP fridge from the plywood sofa module, but it seems to be impossible, and it was. After many questions on the Amel Owners forum I found the solution 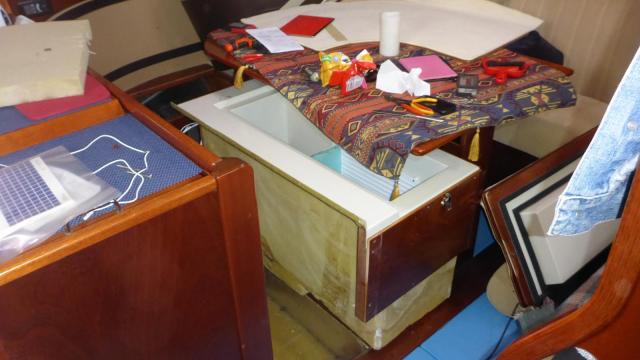 The whole module should be mowed not as difficult as it looks the tricky part was to locate all the screws and here the Amel Owners forum was fantastic, of course someone had done it and documented it very well with pictures of where to find all the hidden screws. 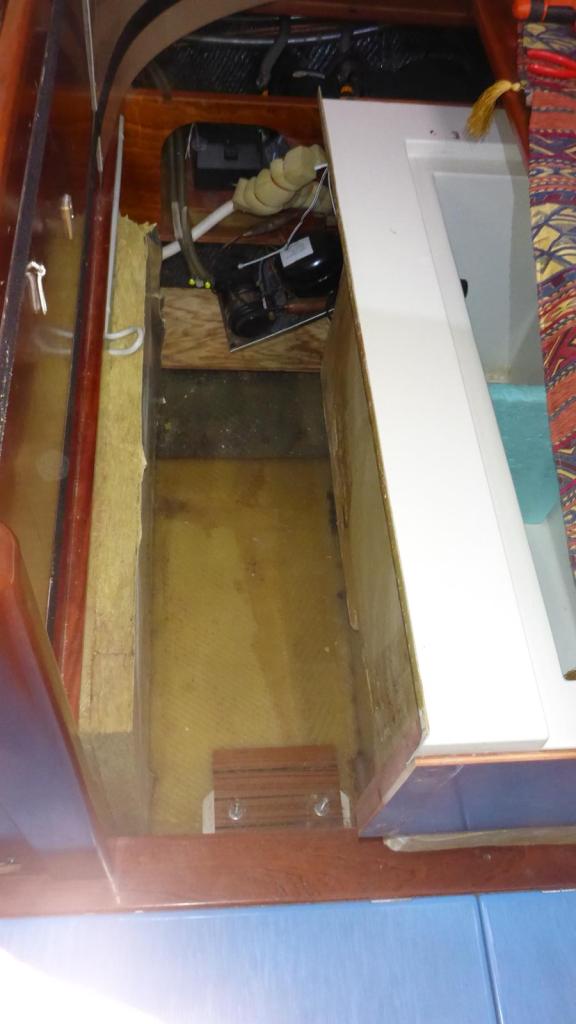 The inspection hatch is now accessible.

We have had discussion with our Insurance company and agreed that I can have the best Amel surveyor, surveying Kerpa. His name is Olivier Beaute, from France, we have to pay 50% of his travel cost, but we think that is fair.

He will come and inspect Kerpa the 12th of October and then we need to be on the hard and ready to be inspected, and now when the fridge issue is solved we feel a bit more relaxed. 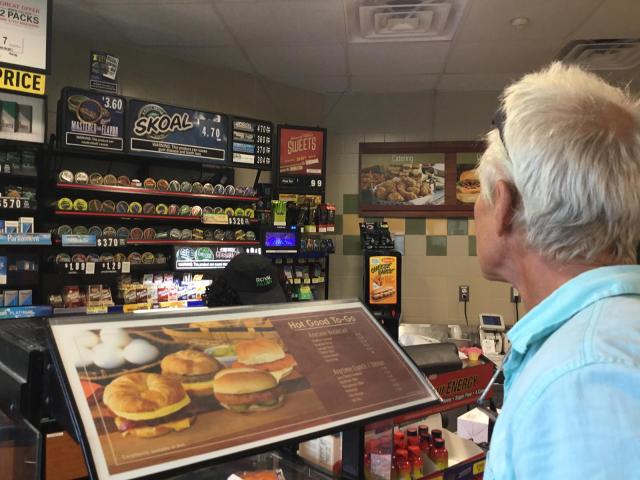 But everything is not just work, we found this fantastic place in Annapolis who sold “snus” a Swedish type of tobacco one put under the lip. I of course bought a box of “General Snus”, but notice it was a while since I tasted it, become a little bit affected by the nicotine so I only took a few then I put the rest in the bin. 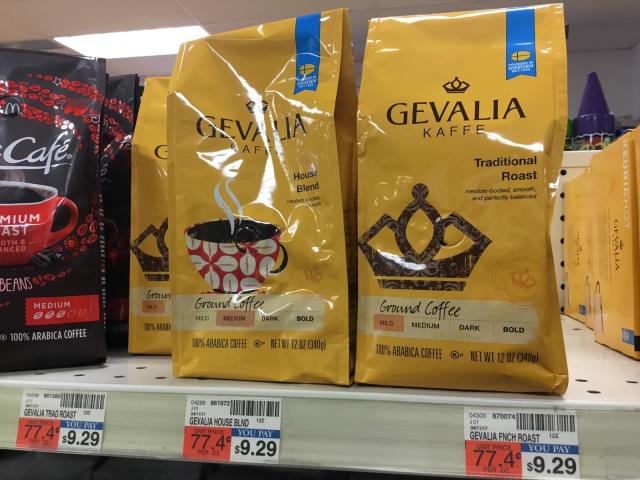 Gevalia from the small city of Gavle in Sweden

Kerstin found it rather amusing to find this coffee in a pharmacy of all places, but we opted for a more roasted coffee from Starbucks.

We are fan of Starbucks, not cheap but very good and consistent quality coffee.