We left Provincetown late afternoon the 5 th of July for the 125 Nm trip to Booth Bay in Maine. The wind was from behind between 20-24 knots and the sea grew larger as we progressed towards Maine with good speed. The new autopilot need some adjustments it had difficulties in keeping a steady course in the not too large sea, strange as it kept very good course when we sailed up wind in choppy sea using the wind vane steering mode in the Delaware Bay. The manual does not give clear instructions, so we need to study it further (boring I’m no great friend of manuals, especially when the manual covering more than one model). Newer the less, we made good progress, but I did not get much sleep that night. When we got close to land some fishing markers showed up but not too many to be any great concern, but one had to keep rather sharp outlook. Well good outlook had the advantage that we saw our first shark out at sea, it was maybe 1,5 m long with the characteristic shark fin just above the surface, passing by lazily. We made landfall a grey and misty morning and had a continued good sail all the way in to the Booth Bay harbour. We quickly found a good spot to drop our anchor, it is always nice to get the hook down and have a relaxing cup of tea before clearing out the “extra” mess that we create during passage. 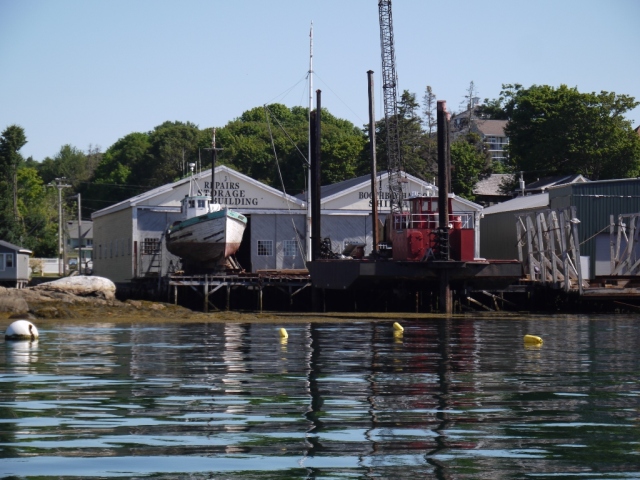 Booth Bay is a busy place witch at first sight it looked a little bit boring, but that was only the first impression it grew as we discovered more of it. 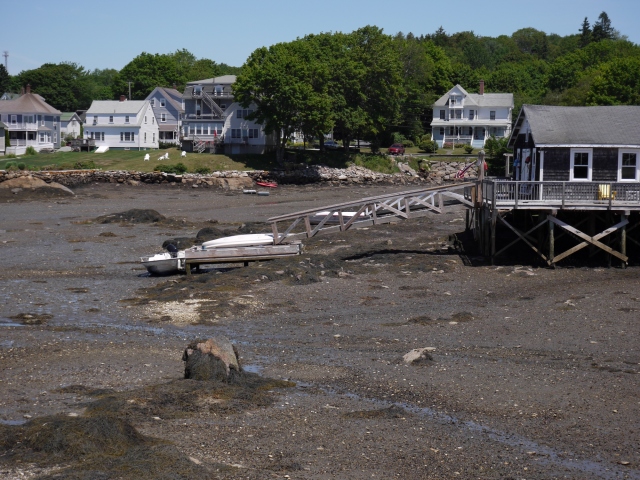 Plenty of summer houses and B&B’s around the harbor I guess Booth Bay is rather sleepy of season.

Both pictures are obviously taken at low tide the difference between high and low tide is roughly 3,5 meters.

I’m still very fascinated by the tide it gives many views we are not used to.

Not large to be an opera house but not very common to see in fishing villages, must have been a very prosperous place once upon a time. Now it is active with Lobster fishing and summer tourists.

Maine is well known for its light houses

We have only seen a few so far, but Maine is more well known for all the lobster pots and we can absolutely agree on that. 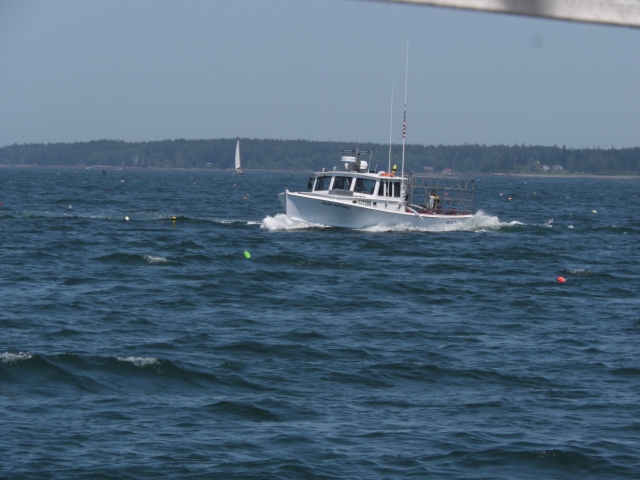 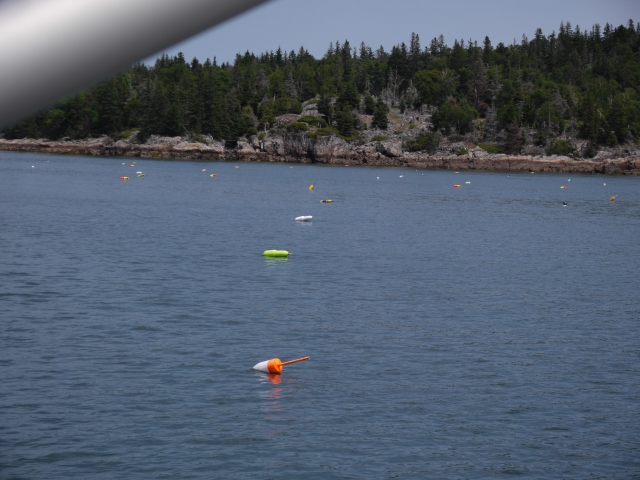 Luckily, they have quiet vivid colours, so easy to spot, many of them has two floats connected with each other and if one pass between them one guaranty gets caught. Not yet but I assume it’s like sailing in the archipelago of Stockholm it is not if one hit a rock it is when, guess it is not if but when one gets caught. We will probably find out if the Spurs line cutter is working or not! Even in the harbours and anchorage they are in abundance.

There must be millions of pots thus it must be MANY lobster and incredibly amount. We have already enjoyed it several times and they taste delicious. 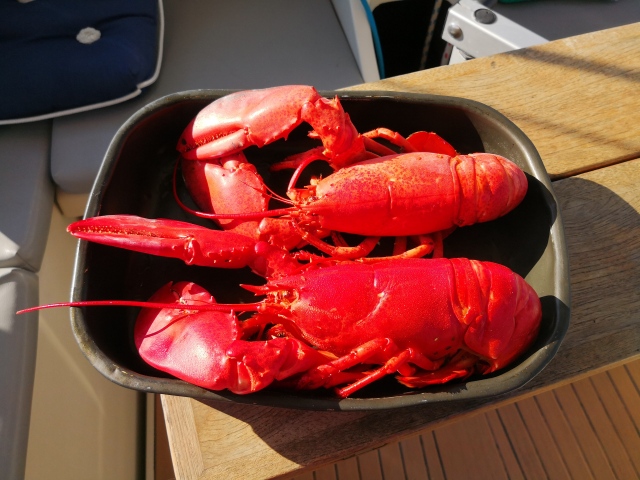 But they are not very cheap about 24 USD for two 1 ¼ pound about 600 gram hard shell lobster, but they are worth it. But the mussels are not bad either and much more cost efficient 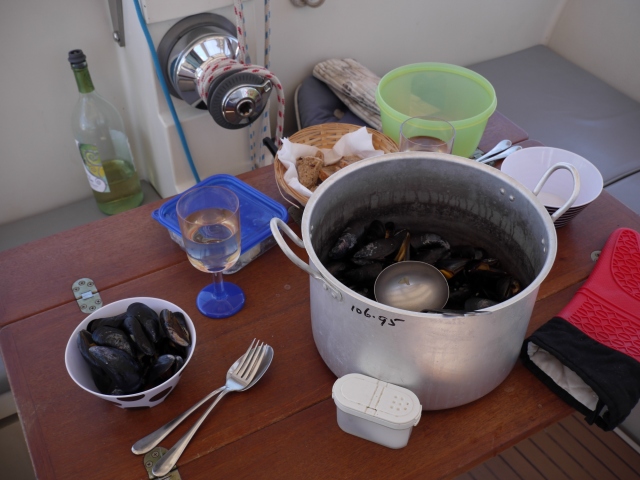 We get good use of the big pot we bought in Bequia last season. Look at the pot one can still see the price we paid, I wonder what kind of permanent marker they used to write the price on the pot, would like to have one, most “permanent” markers we have bought have not been very “permanent”!

When enjoying sea food one needs bread, and we bake bread frequently, down below you see a combo “loaf” Baguette style and focaccia, made in our “mini” oven one put on top of the stow. 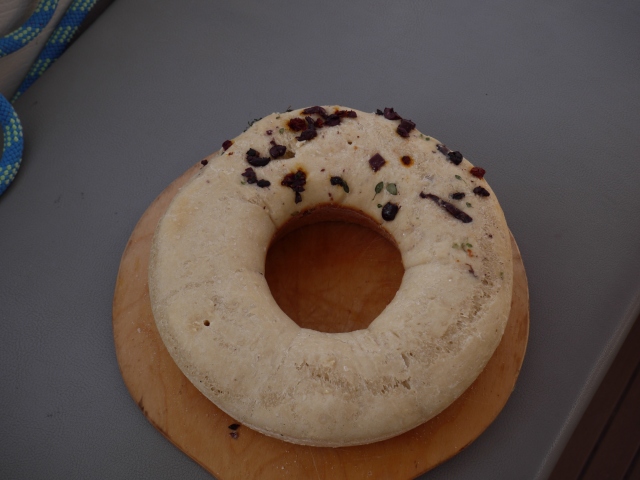 Reedy to eat, does not look very pretty but taste very good, especially the part with olives, sun dried tomatoes and thyme 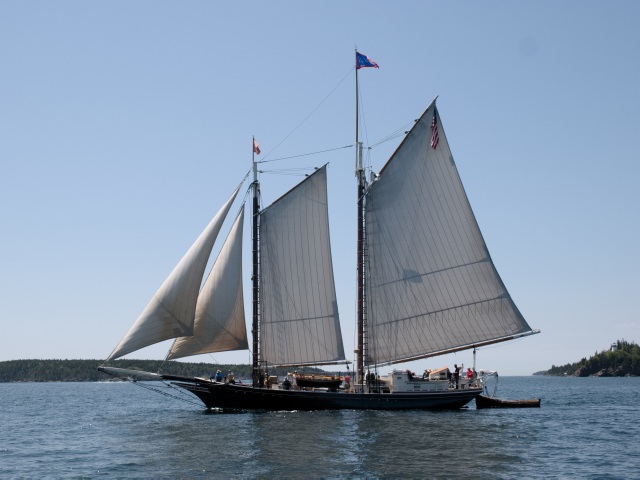 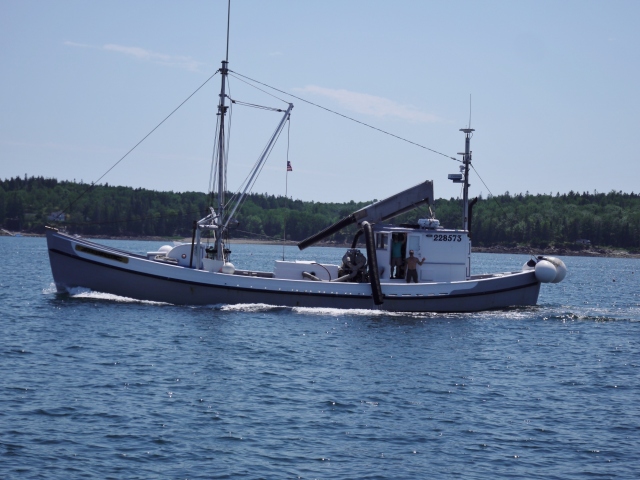 Some old-fashioned fishing vessels as well, similar one could see plenty of in Sweden about 30 years ago, maybe they were sold to fishermen in Maine?

Plenty of boats at buoys in every harbour, but we have not seen so many sailing out among the islands, guess they more day sail not too fare from the harbour.

Below follow many pictures from the very beautiful Seal bay, and yes, we saw many seals there mainly out swimming, but also on the cliffs

It reminds a lot of sailing on the Swedish east coast, with granite cliffs, the trees in Maine are spruce and in Sweden we see mainly pine trees. About the same temperature both in the air and in the water as in the archipelago of Stockholm, we took a short swim in the 17 C “cold” water.

This photo could have been taken in Stockholm, but this is at high tide, at low tide there is an obvious difference. 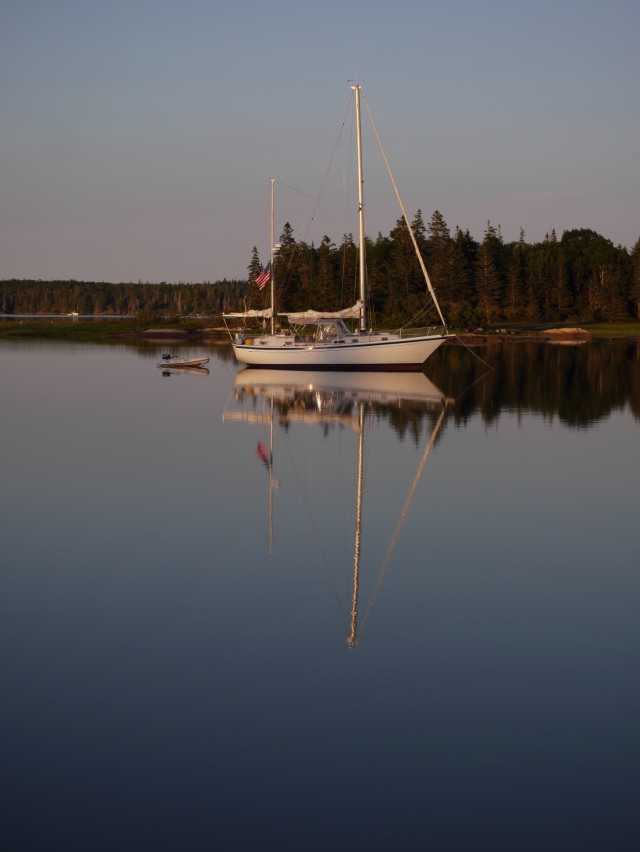 It was a beautiful evening

In Rockland we stayed for a few days to attend a Blues Festival, we did expect a big event, but it was rather cosy and smallish, guess just over 1000 attendants and surprisingly most in our age. We used to say that sailing is dying because most cruisers are 60+, in Sweden one see very few young persons in sailing boats now a days, unfortunately it looks as Blues goes the same way at least if one judge from this venue, very few young persons among the audience. 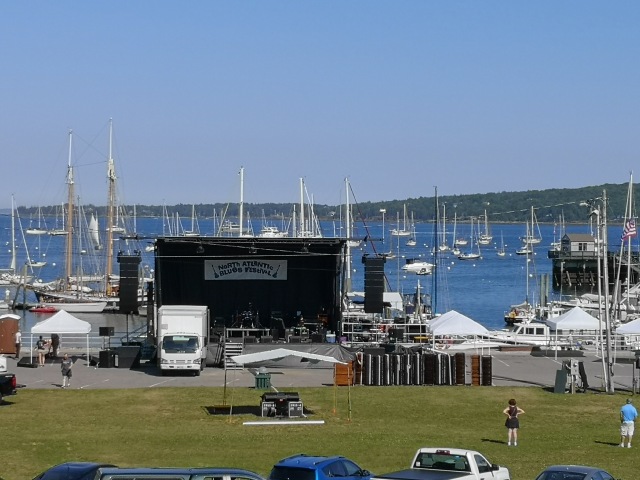 The day before the festival, just right of the center one can see Kerpa at anchor.

As can be seen not very many young persons

The man in the white jacket is Bobby Rush he is 84 years old and still going, his voice was very good and strong, had the right moves, and he is great on harmonica. Amazing. But Bobby is not the only old champion, we have now from two independent sources heard about the owner of a nice red trawler, he sold his sailboat as he felt to old to sail, but did not want to give up the life on the sea, this was 4 years ago, this year he will be 100 years old, that is amazing to buy a new boat a the age of 96! A man to take of your hat for. 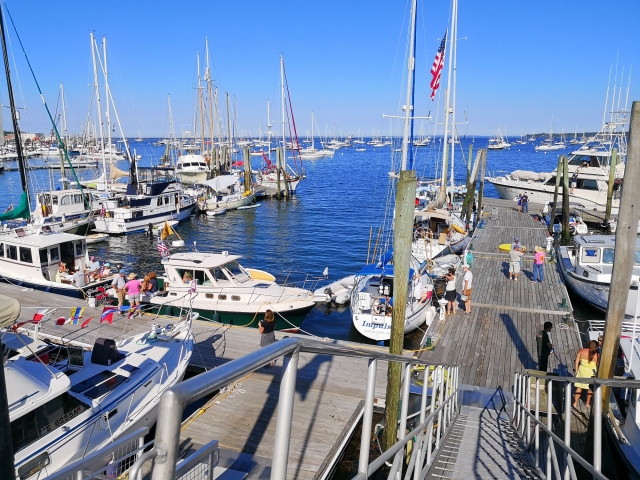