In November last year I ordered a complete set of new sails to Kerpa, My “old” sail I bought in Turkey 2016, did not last as long as expected, on the contrary the genoa is already beyond repair. When we arrived to Horta last year we used several square meters of repair “tape” to fix the worst and luckily it has worked until now, the main is repairable, and the mizzen has probably  a few more years in service. The stay sail did newer work properly it was a great disappointment. So I decided to order a complete set of new sails from Incidence Sails in France including a Code sail on a furler, they have made many sails to Super Maramus and other Amels so I expected better performance and durability, the cloth we chosed this time was Hydranet . We were supposed to pick up the sails early April this year in Gibraltar, but Covid 19 put our plans on hold. Gibraltar opened 1.st of July and the only marina to host foreign boats are Queensway Quay Marina. We booked a slip and sat sails from Rio Formosa the first of July this year for the 149 Nm to Gibraltar. We arrive to the Marina in the afternoon the 2:nd of July. 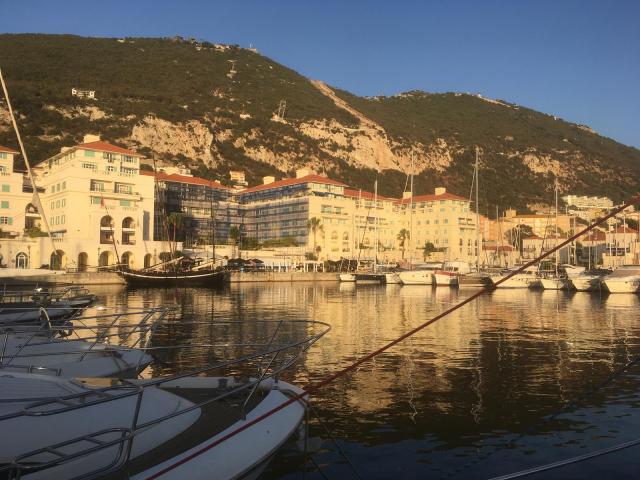 We usually do not sleep very well during a one night passage so we were rather tiered and also hungry, so now on British territory we walked down the streets of Gibraltar to get some good Fish and Chips, Gibraltar felt like a deserted town, very few people on the streets, many shops were closed. But we got our Fish & Chips

Tasted good but not excellent.

A Few days later we ordered shrimps at a local restaurant, to our surprise this is what we got

Very very small shrimps in some dough, deep fried, tasted OK but contained tons of fat, so we did not eat much of it. So, our experience from last time was repeated, you do not visit Gibraltar for the food, there are probably several restaurants with good food, but for sure several more with average or substandard food.

Two days later when we were on the pontoon, we were invited to celebrate 4 of July with some other boat owners. It became a very pleasant evening we got treated very well with booth food and drinks. That is one of the beauty with cruising, very often we meet new people and hear about their stories and can tell our own story

Kerstin with a Pina Colada

Have a lock a the short video clip of our nice 4th of July pontoon party, did not expect to be served a water melon in which they have “pored” in one liter of Vodka, a few sore heads the day after!

A trip up the hills of Gibraltar

It was very warm while we were there, but it is a must to have a walk up the steep hills of Gibraltar, much more pleasant this time as it were very few tourists now.

The narrow streets on the way up the hill

Further up this view over the Marina 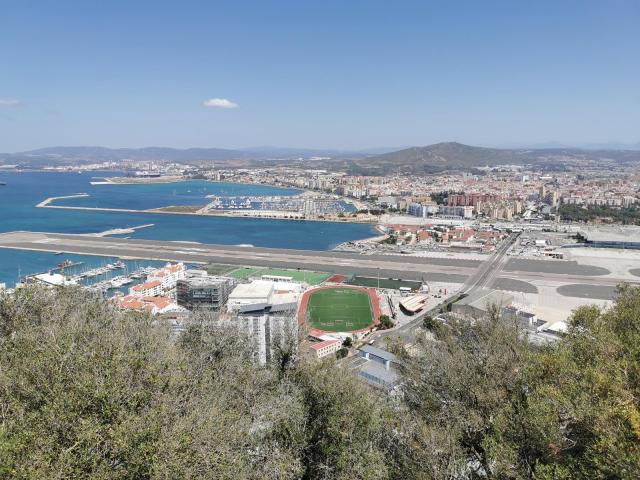 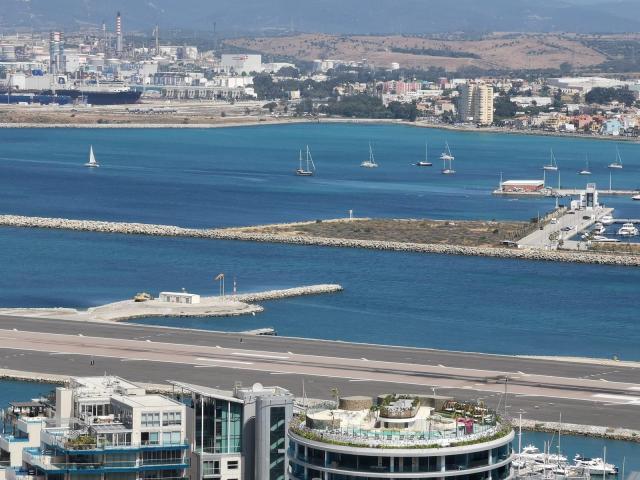 And here the view over the airstrip separating Gibraltar from Spain, on the other side is the small town La Linea. We were told that ca 10000 Spanish citizens work in Gibraltar, so Spain is very keen to keep the border opened now and after the Brexit. 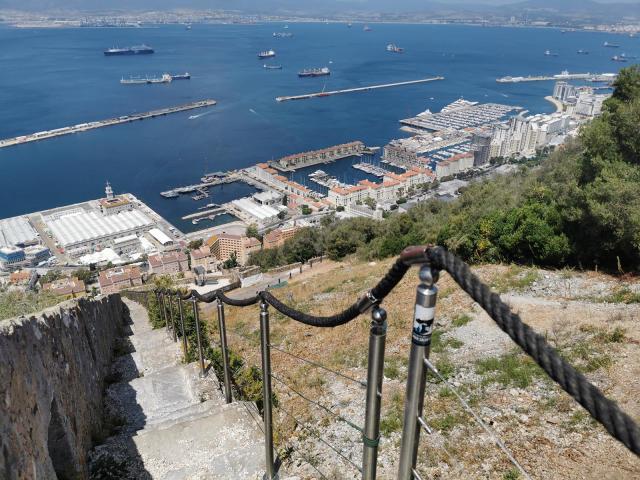 It was hard work to climb these stairs in the heat, and it was more to come

I was not the only one who thought it was hot, The Monkeys too took a rest in the shade 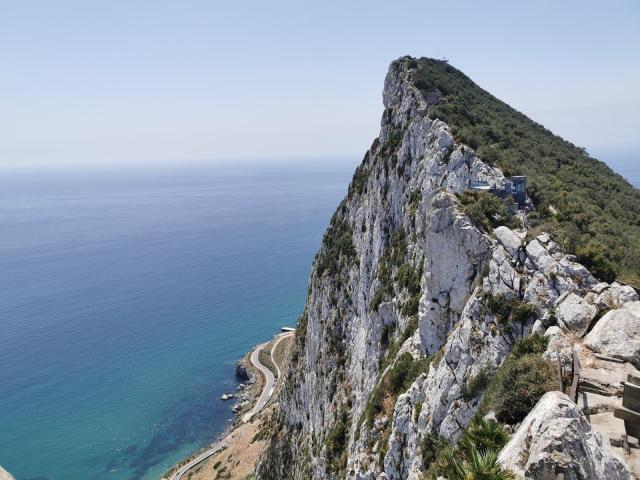 On the top we were well rewarded by the view

For the brave one can walk out on this glass bridge

You must look at this cute little baby monkey

The streets filled up more and more with tourist during the 10 days we stayed in Gibraltar. The reason for staying that long was due to delay in delivery of the sails. They were scheduled to be delivered the 6th but nothing arrived, not very much info from the seller or agent, Wednesday after noon I got a bit angry and send a few angry mail, finally the 10th they arrived, then we found out they had forgot to include the furler for the code sail in the delivery!!! Not happy about that, they promised to send it asap, so we asked for it to be sent to my home port Lagos. No photo but I made a short film about receiving and testing our new sails

After hoisting and testing the sails we sat course towards Lagos.